After a much effort, GemRB 1.0 is finally here! This version not only flawlessly supports all the original IE games, like Baldur’s Gate, Icewind Dale, Planescape: Torment (including all the plot elements hidden due to bugs in the original engine - you * * KNOW * * that there is a passionate love scene among Nameless One, FFG, Annah and a certain body-disadvantaged floating fellow, right?), Neverwinter Nights, ToEE and Kotor, but it finally can play World of Warcraft as well! Complete with DnD 4e rules! The release will be done shortly, in the meantime look at the screenshot or grab a current git, branch gemrb-1.0. 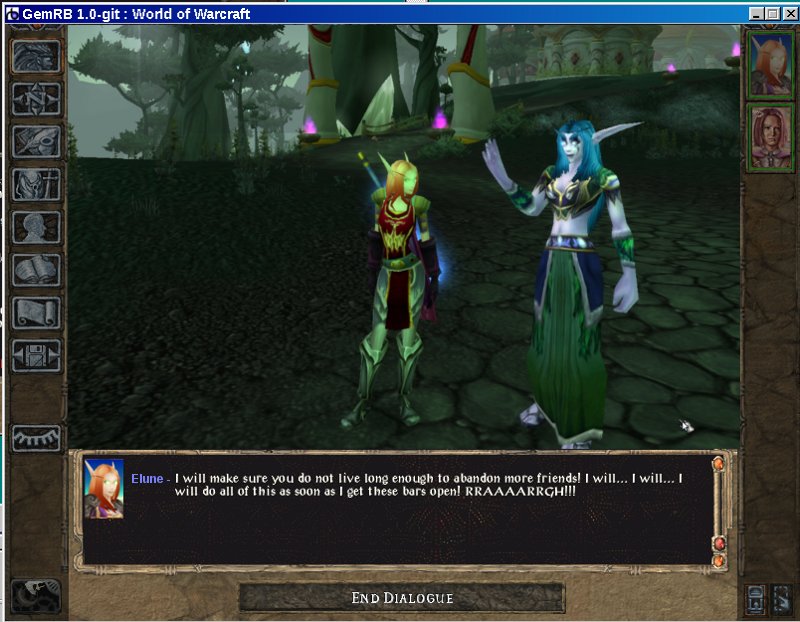